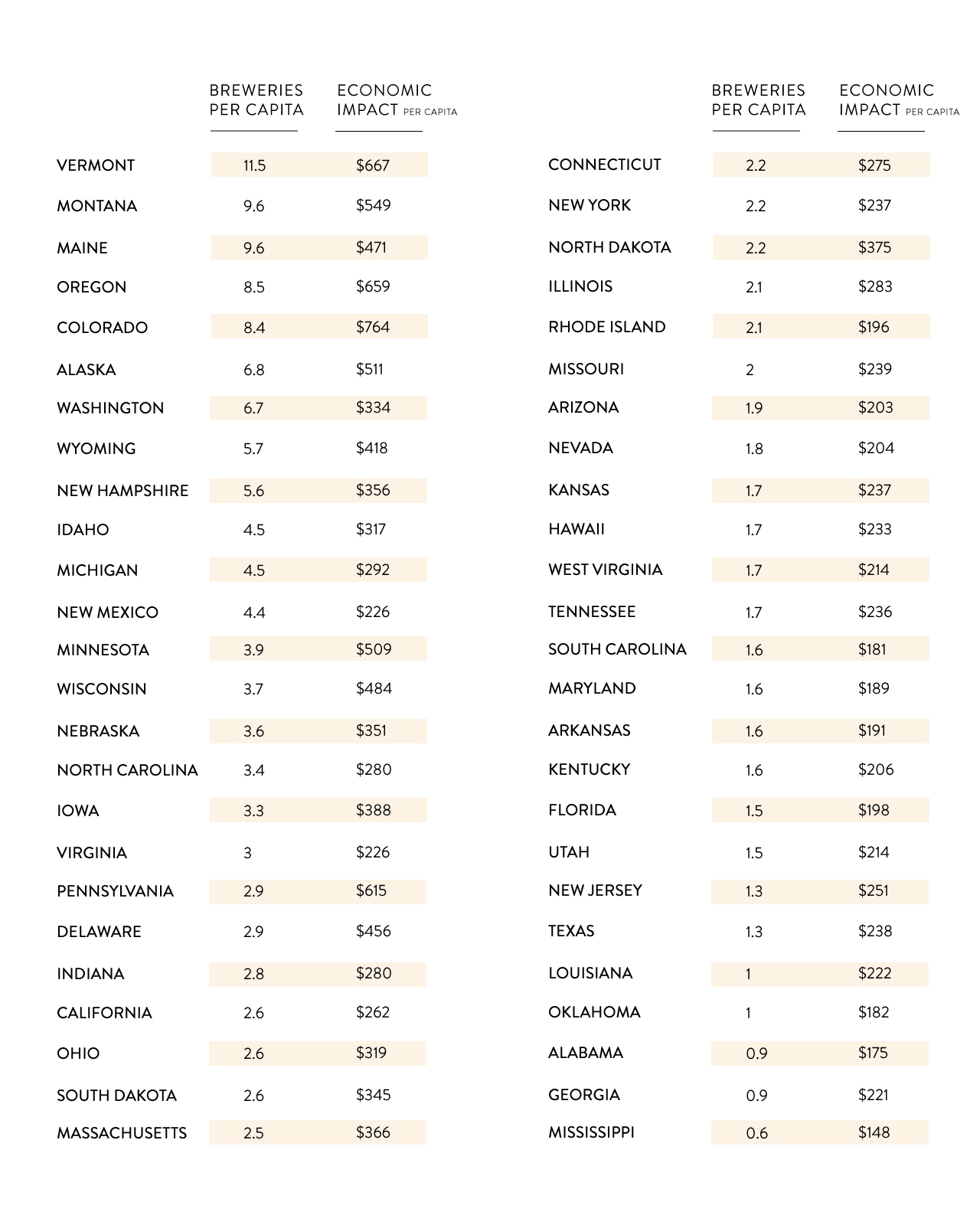 C + R Research has just released a new report on the craft beer industry. It contains a number of insights:

But I think the most striking figure in this report is the economic impact: